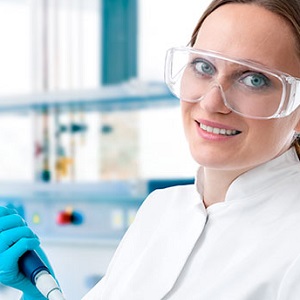 LNAge, Link Neuroscience and Health Care, is a highly specialized full service CRO, engaged for over ten years in the field of clinical research and pharmaceutical development. With the acquisition of a laboratory, LNAge has recently added to the contract consulting activity in the management of clinical trials the development and production, on its own and on behalf of third parties, of dermocosmetics, food supplements and medical devices.

LNAge is characterized by a high specialization of all its professional figures, a young and dynamic team able to decline its skills on different sectors of intervention, whose action becomes increasingly incisive and effective for the great orientation to the result but also thanks to the numerous relationships that our company has had for years with the main Key Opinion Leaders (KOLs) operating in the health and pharmaceutical sectors, on the national and international scene.

As a CRO in Rome, LNAge carries out clinical research and pharmaceutical development activities, on its own behalf and, above all, on behalf of other subjects, whether they are private companies, large pharmaceutical companies, public bodies or hospitals.
Our Contract Research Organization operates in Rome and throughout the national territory supporting sponsor companies that, in most cases, promote clinical trials of different types. This kind of clinical research, which LNAge has been carrying out with passion and professionalism for years, can take the form of the development of new products at a preclinical level, in the organization and management of a clinical trial or, again, in the marketing and post-marketing of a research activity carried out previously, according to specific guidelines, based on strict protocols, defined and used for clinical research and pharmaceutical development.
In order to offer its services and advice in the field of clinical research and healthcare to an increasingly large number of customers, our CRO has activated in Rome, Lazio and neighboring regions numerous synergies and collaborations with Italian and foreign universities, public and private research institutions and hospitals, which have taken the form of research activities and initiatives dedicated to vocational training.

The business organization of LNAge The activity that LNAge carries out on the Italian territory and in particular in Rome, as a CRO engaged in clinical research and pharmaceutical development, is regulated by the reference legislation provided for by the Italian law for Contract Research Organizations.

In particular, it is the Ministerial Decree of 15 November 2011 (the so-called CRO Bis Decree, published in the Official Gazette no. 11 of 14 January 2012, replacing the previous Ministerial Decree of 31 March 2008) to define and regulate the activities of the Contract Research Organization, to indicate the minimum requirements and to modulate their internal business organization.

Also in compliance with this fundamental regulatory reference, our staff is structured as follows:

The Ministerial Decree of 15 November 2011 also regulates the training course to which the monitors of a CRO must undergo: it is a particularly relevant figure (in which expert monitors and monitors are distinguished) because, as an employee or consultant of the CRO itself, he deals with the monitoring of clinical centers involved in the clinical trial of a drug, a medical device or a therapeutic protocol, the activity that the promoter (be it a pharmaceutical company, a public or private body or a hospital) delegates most frequently to a Contract Research Organization.

The services offered by LNAge

As a CRO in Rome, LNAge offers highly specialized services and specialized support to other companies and bodies operating in the field of clinical and health research and pharmaceutical development, the pharmaceutical industry and biotechnology and provides a wide range of services that accompany the entire product development process, be it a drug, a medical device, a therapeutic protocol, a functional cosmetic or a food supplement, from the design and/or formulation phase to approval, placing on the market and post-marketing supervision.
Among the services that LNAge as a CRO can offer we point out: Pharmaceutical industries, hospitals or public and private research institutions that promote and sponsor the clinical-health study or clinical trial of a new drug may entrust to LNAge, as a full service CRO in Rome, only part or all of their expertise in the field, while maintaining part of the responsibilities related to the study, according to the legislation in force in the country where they reside.